Binbank online 8.5% bank deposit advertising campaign
Agency:
Tactio Digital Agency (MGcom)
Mechanics:
Overview of the detailed information in the micro-site, manager callback option
Platform:
SmartTV app for ivi.ru
Goal:
To involve viewers in the interaction, specifically to introduce viewers to the terms and conditions of opening a bank deposit in Binbank, to increase contact time with the brand, to collect callback requests 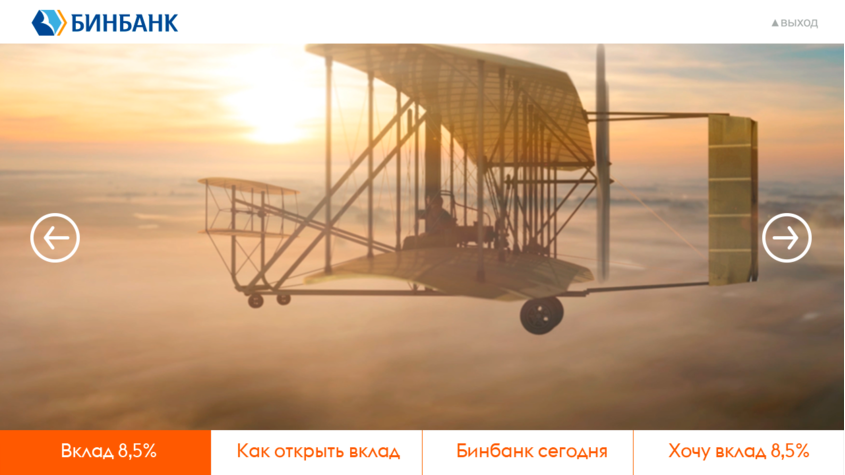 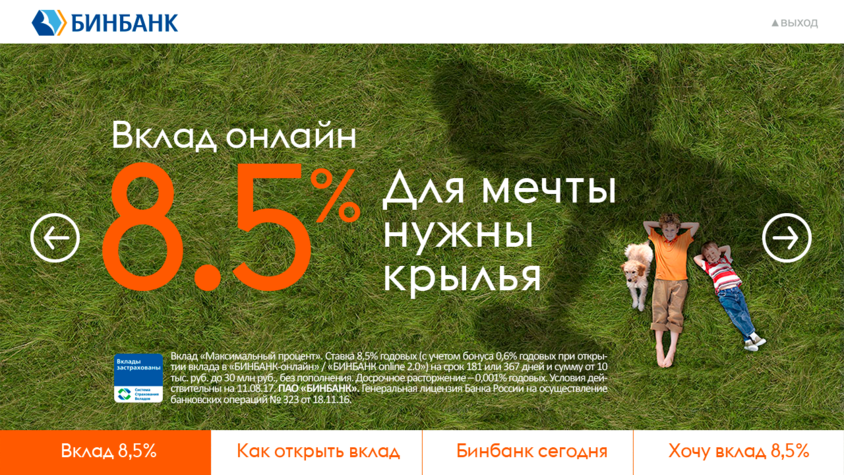 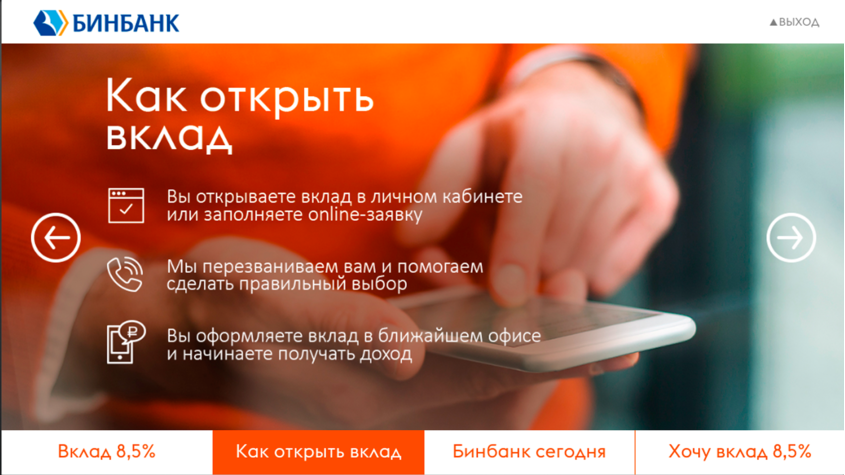 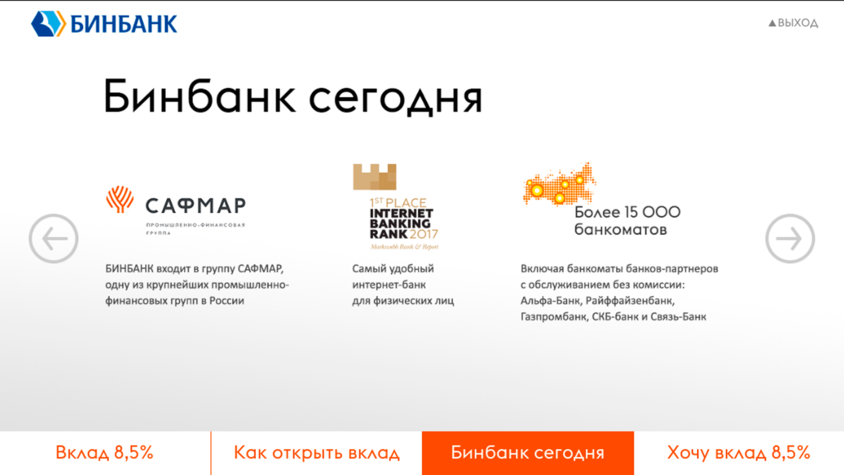 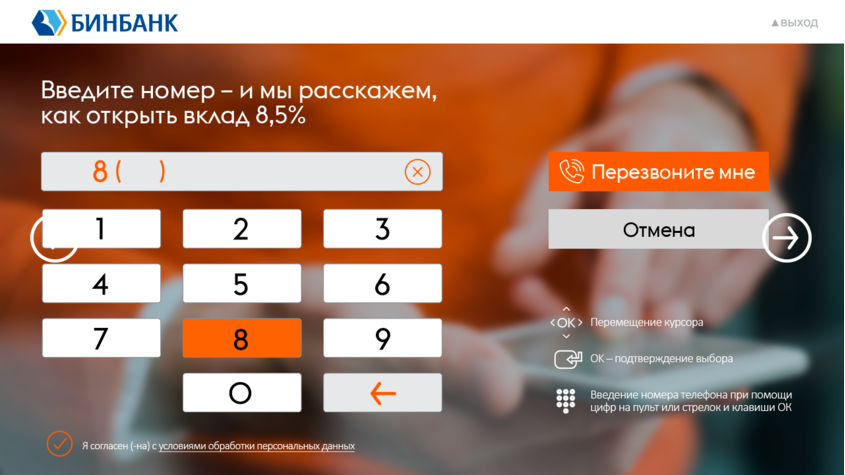 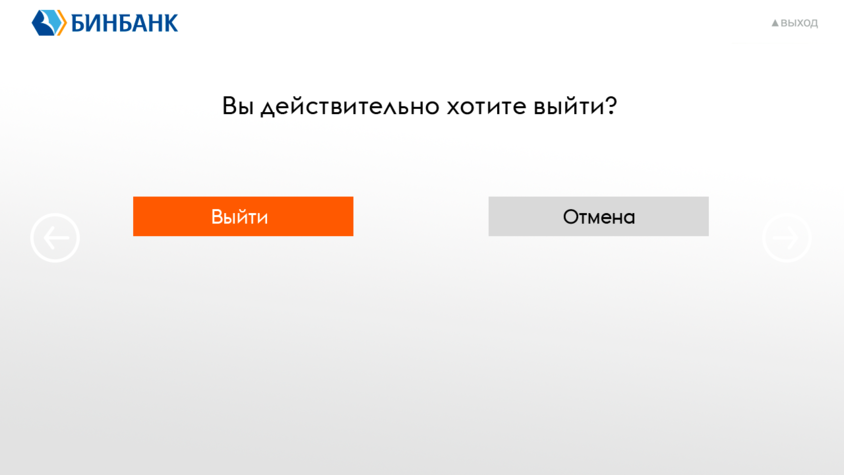 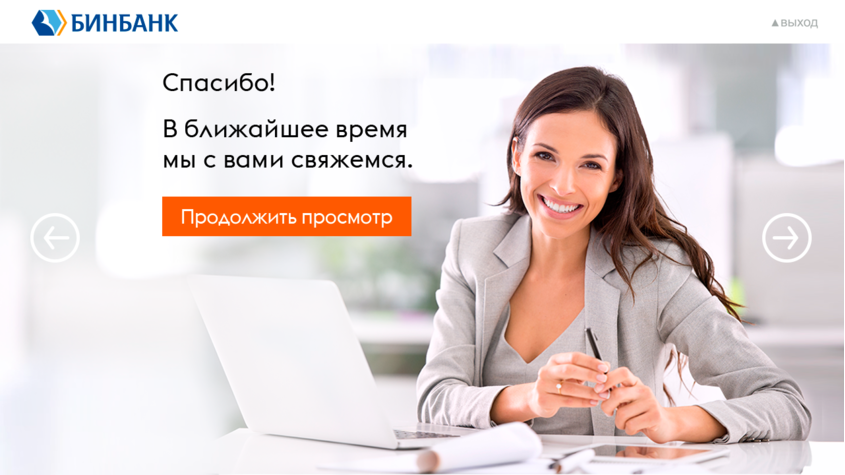 In this demo for the first time ever we have used verification mechanics for the phone numbers and we have achieved the following quantitative results:

1. After watching a 15-second video clip viewers spent  49 seconds on the micro-site on average, which increased contact time with the brand by 3.3 times compared to watching an ordinary non-interactive video clip;

2. The coverage of the advertising campaign was 94378 viewers, 15.1% of them interacted with the video clip;

3. Viewers' involvement in the interaction was 20.3% - indicator 1.5 times higher than the average, which means that the viewers are really interested in financial services.