Advertising campaign of KFC's new "Chiefburger"
Agency:
Initiative
Mechanics:
Manager callback option
Platform:
SmartTV app for ivi.ru
Goal:
To introduce the new KFC burger to the viewers and to give an opportunity to order it 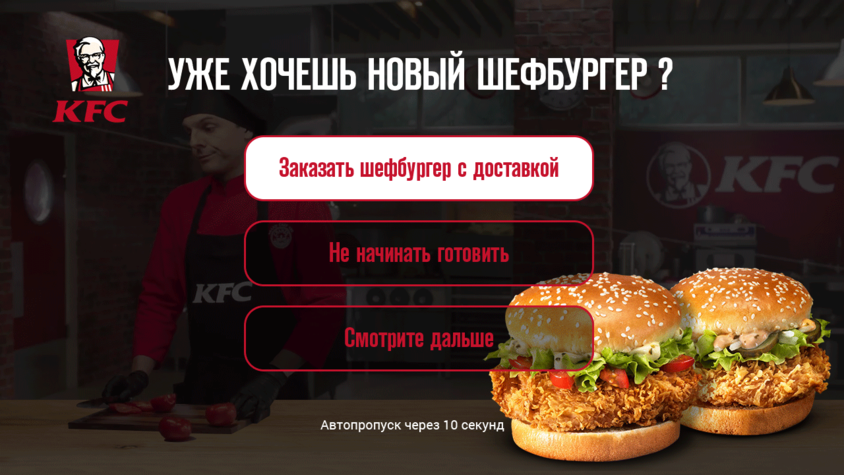 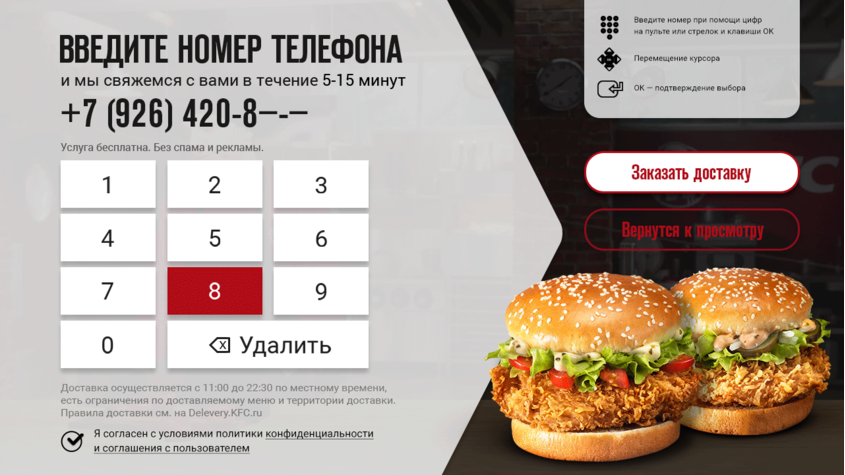 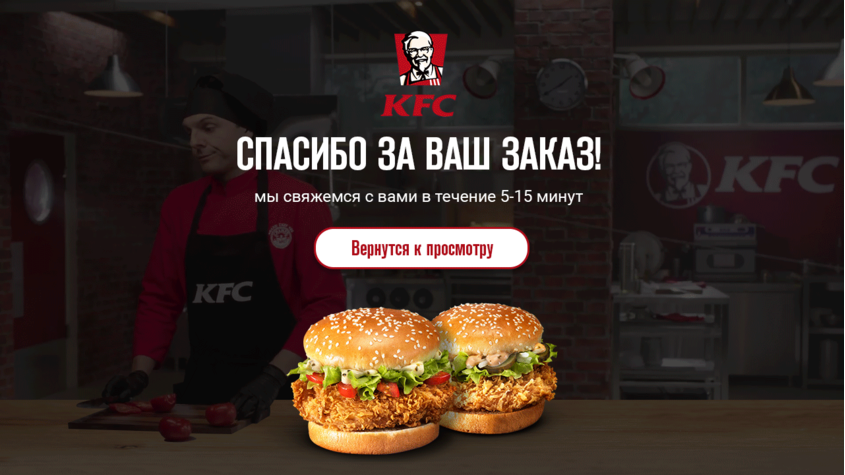 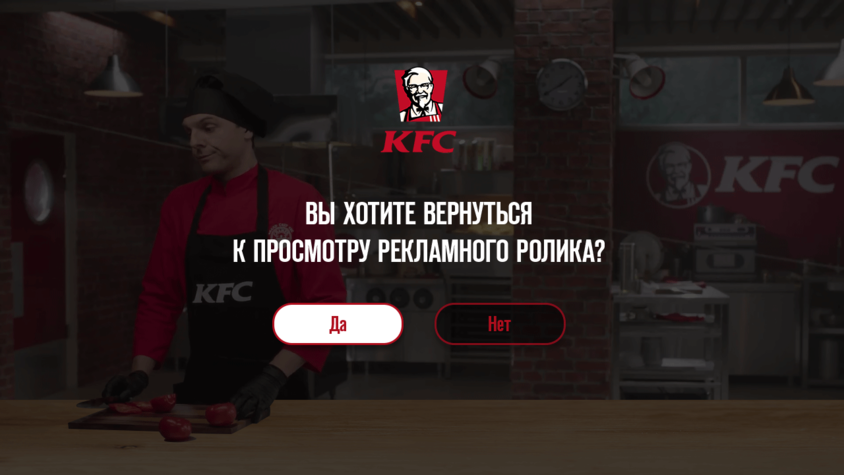 The main feature of this case was the 10 second countdown counter that started in the middle of the video clip instead of the usual "OK" button. While the counter was counting down, the viewer could either continue watching ad or order a burger. If the viewer chose the latter, he or she would leave his/her pnone number in order to receive a callback.

1. Contact time with brand increased by 1.4 times. Instead of 30 seconds viewer's time of interaction with ad was 42 seconds;

2. The advertisement was shown 499 188 times. In 11% of cases viewers interacted with the video clip;

3. Viewer's involvement in the interaction was 44%;

4. 139 users filled in the callback form in order to get a «Chiefburger».